Cool short fiction contest alert! The Lascaux Review is hosting a flash fiction writing contest with a prize of $1,000. I have done some website work for The Lascaux Review in the past so I can vouch that they are a legit organization. From their announcement:

Stories must be no longer than 1,000 words. They may be previously published or unpublished, and simultaneous submissions are accepted. The winner receives $1,000 and publication in The Lascaux Review. The winner and all finalists will be published in The 2016 Lascaux Prize Anthology.

Two copies of the anthology will be supplied to every writer appearing in it. Entry fee is $10. Authors may enter more than once. All genres and styles are welcome.

Deadline for entries is 31 March. For more information, or to report a problem, write to Steve or Wendy at lascauxreview at gmail dot com.

The Lascaux Review is hosting a 250 word Flash Fiction contest at their Flash Fiction site. The prize is $250. Yep, a dollar a word. You can’t beat that.

Here is the official announcement of the 2013 Lascaux Flash Flash Contest. Go there for details on how to submit. But really, the most important part is to look at the provided image and write 250 words. Pretty simple.

So, I got this from my “contact me” yesterday:

My name is Kyle & I work at Yiddishkayt –- a small non-profit organization in Los Angeles that promotes Yiddish culture. Yiddishkayt has recently decided to host a flash fiction ‘context contest’ – a free contest with prizes – that is attempting to bring back the classic Yiddish phrase. Upon reading your website, I figured that your readers might be interested in partaking.

Every month, Yiddishkayt will post a pithy Yiddish proverb, expression, or classic piece of wisdom. It is up to you to write a brilliant piece of microfiction (500 words or fewer) that ends with the proverb, expression, or classic piece of wisdom we give and which provides the most apt use of it. Entries may be posted below on our website in Yiddish or English but may not exceed 500 words (including the provided phrase). Points are awarded for aptness, sharpness, and creativity. You can also send it in tofiction@yiddishkayt.org. Participants agree to have their work published or republished by Yiddishkayt.

Winners will be announced a month later, sent a Yiddishkayt prize, and given the title of monthly Mayor of Yiddishland. Play fair, good luck and let the games begin!

Check out the link above for the phrase of the month. I’m currently starting a novel, but if that gets sidetracked I’m going to give this a try. It sounds fun.

My entry for the writing contest at The Clarity of Night contest has now been posted to the site. Mine is entry number 26. You can read it over there or you can read it right here.  Any comments here or on the contest site are welcome as always. I’m really proud of this one, so fingers crossed! OK, here it is:

END_OF_DOCUMENT_TOKEN_TO_BE_REPLACED

It’s contest time again at The Clarity of Night. Regulars of this blog will remember me talking about these contests a lot. I think I’ve entered all but one of the contests Jason has had. I even garnered a coveted 4th place last time with my story Ar’n Man. I told myself I’d be happy with just placing in one of these contests, but I guess I lied. I want First Place! Anyhow, here is a link to the contest announcement The deadline is Wednesday, January 14th.
END_OF_DOCUMENT_TOKEN_TO_BE_REPLACED

Jason over at The Clarity of Night is now hosting his 9th writing contest. This contest is titled “Running Wind”. What happens is Jason posts a picture and entrants are to write up to 250 word stories based on the image. Here’s the picture he’s picked this time: 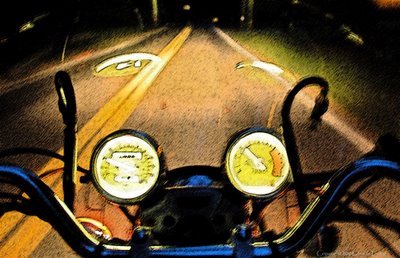 There are prizes involved:

I have entered all but one of the previous writing contests Jason has entered and they have all been such fun. Two of my favorite entries of mine are Hungry like the Wolf (werewolf story) and Tastes Like Brains (zombie story).

The picture hasn’t spoken to me yet, but it will, and when it does I’ll post my entry here. Let me know if you enter, so I can read your entry. 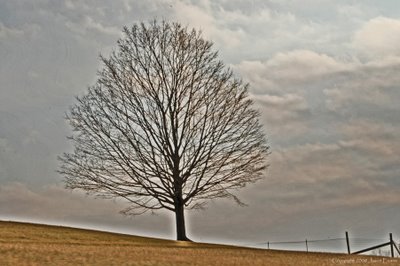 Yesterday began the eighth short fiction writing contest over at The Clarity of Night. This one is titled Whispers. As with the other contests over there, the goal is to write 250 words of fiction inspired by the provided picture (seen above). I have taken part in the other seven contests and they are great fun. They are also well respected in the writing community. According to Jason Evans, who is running the contest, “Clarity of Night contest wins have been reported in agent query letters, served as inspiration for a novel placed with a major publisher, and provided a springboard for bigger success.”

But this is about more than prizes. I hope you take advantage of the opportunity to meet and interact with your fellow writers. Our different perspectives, styles, and skills shine when we all start at the same place. It’s a great opportunity to learn from each other.

1. 250 words maximum.
2. Titles are optional, but encouraged. Titles do not count toward your word count.
3. One entry per person.
4. Any genre or style is welcome. If you choose to submit poetry, you must have narrative movement within the poem if you wish to compete with the prose pieces for the prizes.
5. The copyright remains with you, the author; however, you grant me worldwide first electronic publishing rights to post your entry on this blog indefinitely.
6. Judging will be conducted by me, Jason Evans. For an explanation of judging and helpful hints, see A Note on Judging. You can also read the winning entries from past contests.
7. Please provide a name for your byline. If you have a website or a blog, I’d be happy to link your site to your byline. If you don’t have a website or blog, feel free to include a short bio. A bio does not count towards your word count.
8. At the close of the contest, I will give the date and time for the announcement of winners.
9. After the winners are announced, I will post what I liked most about each entry in the comments.
10. The Readers’ Choice Award is awarded by vote of the contest participants. The entry with the highest number of votes wins. The rules for this portion of the contest will be posted after the entry period closes.
11. Public critiques in comments are encouraged, but must remain respectful. I reserve the right to delete comments and ban participants who do not abide by the collegial spirit of Clarity of Night contests.

As for me, my entry is nearly complete. Once it is posted on the contest site I will post it here with a link to my entry there. As always, I doubt I’ll win, but I guarantee I will entertain.

I encourage anyone who has ever thought about writing to give this one a shot.  There is nothing to lose and it doesn’t take much to whip up 250 words.  Who knows, you might be the next published author.

I write this as I eat a cupcake done up in the likeness of a reindeer. I feel bad for the reindeer, but it is delicious. Don’t look at me that way. You wouldn’t be able to not eat the jelly bean eyes or gumdrop nose, either.

I just wanted to let you all know Bernita is hosting a writing contest over at her blog. This one is similar to the Clarity of Night contest in that she presented a picture and entries are to be no more than 250 words in length. The deadline is midnight December 14th.

I have nearly completed my entry and will post it here when I’m done. I saw the picture and immediately had an idea and wrote while it was still fresh in my head. I have to admit writing 250 words is a nice change of page from the 50,000 words in November.

Let me know if you enter the contest so we can all read each other’s work.

As I mentioned the other day, Jason over at The Clarity of Night is having another short fiction contest. This one is titled Restless Dawn. I’ll be entering because I have soooo much free time on my hands 🙂 . All you have to do to enter is look at the picture he posted, write no more than 250 words, and email it to him. These contests are quite fun and there are prizes involved. The prizes include:

Let me know if you enter so I can read your entry.

I could’ve sworn I posted this on here. Anyhow, here’s my entry for Kaitlyn’s Contest. The task was to use the phrase “I am sister to the serious Octopus”. I think I accomplished that. Let me know what you think.

Sister to the Serious Octupus

Despair filled the air in the cold, decaying, windowless basement in a building whose crowning achievement was it’s status as a bomb shelter during the Cold War. Women cried and men wrung their hands at the utter hopelessness that filled their very beings. Off in the distance a baby wailed. So it goes at the Department of Motor Vehicles.

“Next,” said the woman behind the MDF-topped folding table. Her manner was so bland and forgettable a moment later most in the room would not even remember that someone had spoke. An old lady, 4’9” tall if measured while standing on another old lady’s shoulders, looked left, then right, then slowly stepped forward, her smile a sight more rare at the DMV than an Oil Executive at an anti-war rally. The woman behind the desk sighed.

“I am sister to the serious Octopus,” replied the old woman.

“OK Sister Octopus,” said the woman behind the counter, scribbling on an official looking form. “Fill this out and give it to the photographer when your number is called. You’re 4,242.”

“No,” replied the old woman, still smiling. “I am sister to the serious Octopus.”

The woman sat at the front of the mass of gray steel folding chairs, her hands resting gently on her lap. Occasionally, someone would be called up to the camera, attempt a smile, then gloomily watch as they were presented with the worst picture of themselves they had ever seen. The old lady simply sat and smiled.

Occasionally someone would introduce themselves, but the reply was always the same. “I am sister to the serious Octopus.” This was usually followed by the questioner slowly getting up from his or her chair and quietly sitting as far away from the old lady as physically possible. Still she smiled.

The old lady stood, took a few steps forward and said, “I am sister to the serious Octopus.”

The old lady closed her eyes and when she opened them all that remained of the photographer was a steaming pile of dust. A great cheer rose up among the gathered, rejoicing in their collective victory over “the man”. A record number of sixteen year olds passed their driving test that day, buoyed by a hope that was surely present, but could never be explained. Rumor has it that a single ray of sunshine impossibly penetrated the darkness of the cold, damp room.

Never again did the old woman, who was sister to the serious Octopus, receive mail from the Department of Motor Vehicles.